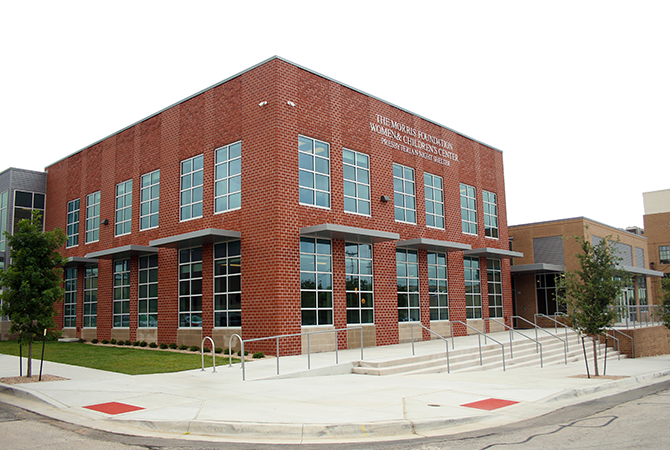 BHB provided surveying and civil engineering design services for a 14,000 SF building dedicated to housing homeless women and children. The center was designed to provide a stable home environment for its occupants. Located on the east side of downtown Fort Worth, the center provides housing, counseling and social skills training necessary to integrate families back into society. The strength of the center’s design is found in simple, logical organization and durable materials.

Its spaces inform the user; the day room is large and open to the landscaped play area. The common sleeping area is distinguishable by rhythmic structural columns defining individual areas and small windows along the north and south walls. Private family rooms and suites are located upstairs, adjacent to the secure children’s activity area. Materials used throughout the center are meant to portray a simple, logical and secure environment. The center is intended to provide homeless women with children a secure environment where they can transition to a stable lifestyle in the community. The center is organized around a secured controlled entrance with a kitchen, dining area and day room forming one leg of the “L” shaped plan, with common and private sleeping quarters forming the other leg. 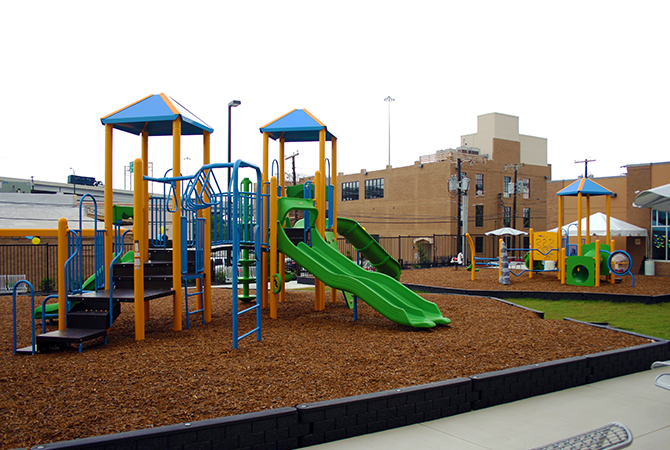 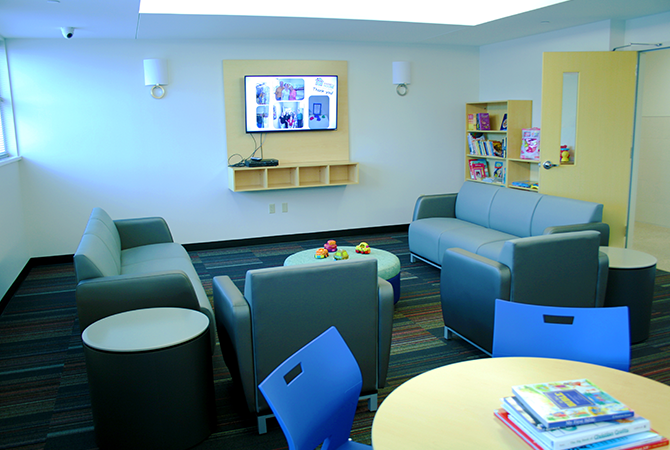 The program required a total occupancy of 100 women and children. The cost of the facility was $1.3 million. The project has traditional concepts of “home” to balance the realities of a transient life outside the front door. The new center, located at 1105 E. Presidio Street near the main shelter, has 40 private rooms for women and children. It also has office space for shelter partners, including Cook Children’s Medical Center, the Women’s Center of Tarrant County and the Fort Worth Independent School District.