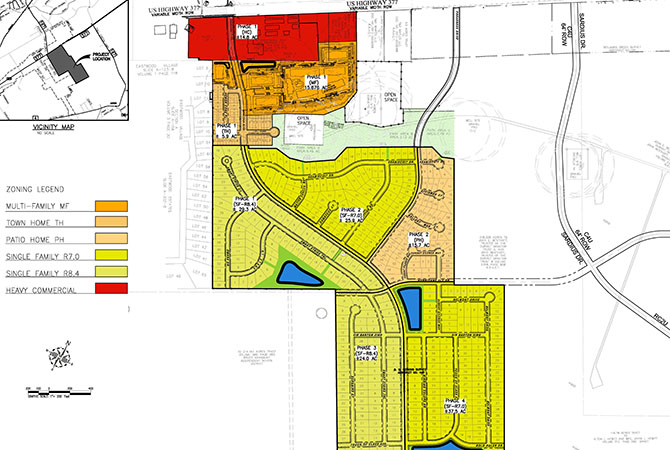 Saratoga is a 175-acre single family residential development providing variable lot sizes ranging from townhomes and patio homes to 8,400 square-foot lots, with a multi-family component. The development also included commercial lots with frontage along US 377.  The overall goal of the project was to better serve the community of Granbury, Texas by creating more residential lots and offering a variety of options from mid-level to premium home lots. BHB provided civil engineering and landscape architecture services for this project.

For this four-phase project, BHB’s services included developing a land plan and preliminary plat for overall development, and designing all the public infrastructure including: roadways, water, sewer, and storm drain. These phases also consisted of the design of all-purpose trails, playgrounds, and various other amenities. The all-purpose trail is approximately 3,000 LF in length and goes through the park and provide residents with leisure time activities. 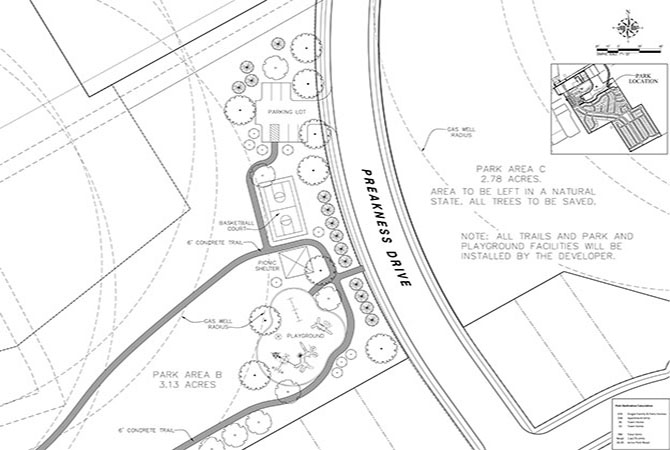 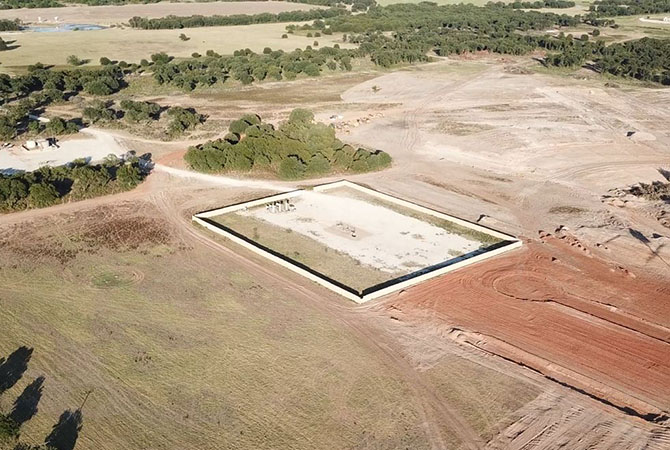 One of the challenging aspects of this project was mitigating stormwater runoff leaving the site, since there was not an immediate creek to discharge to. BHB’s solution was designing multiple unique stormwater detention pond outfalls designed to match pre-development flowrates and flow characteristics. One of these unique solutions included designing detention ponds in series that allowed for one detention pond to flow into another, while both provide stormwater storage to ensure that downstream properties are not adversely impacted.