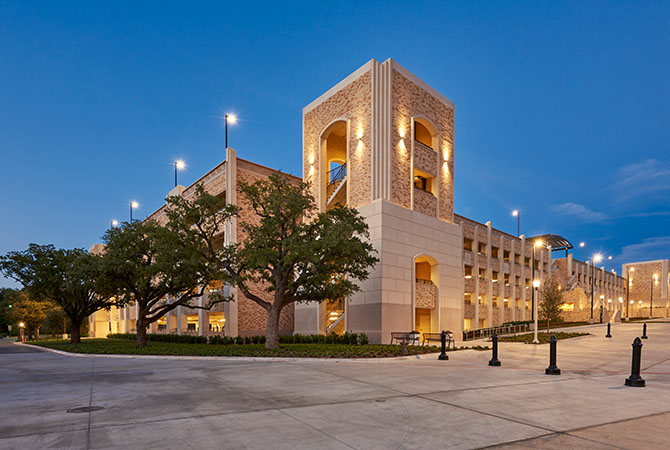 BHB provided MEP design services for TCU’s first stand-alone parking garage. The open parking garage is 300,000 SF with 950 parking spaces for students. Significant challenges included conditioning electrical, elevator and guard post spaces without sacrificing parking space. BHB met this challenge by utilizing a variable refrigerant volume system, which allowed the team to use one condensing unit to serve many of the conditioned spaces. This helped optimize garage space for parking and avoid exposed ductwork in the garage. Another significant challenge was maximizing clearance height and limiting areas where birds could roost on overhead piping or conduits. The team addressed this challenge by embedding much of the electrical conduit in the slab of the garage and coordinating the mechanical and plumbing piping closely with the structural team to provide pre-cast voids in structural supports for the piping systems.